Wildfire Burning 10 Miles Outside of Craig

Craig Press reports that Craig Fire and Rescue responded to a grassfire on Tuesday that spread quickly because of high winds, just 10 miles northwest of town. Although Craig received significant rain recently, the northwest area of Craig didn’t get any so conditions are dry and arid. The fire was reported around noon at County Roads 64 and 15. At about 3pm the wildfire had reached close to 30 acres in size. The combined efforts of Craig Fire, Moffat County Road and Bridge, and other groups succeeded in sparing ranches, homes and oil and gas infrastructure. The fire ended up burning an estimated 303 acres with arial resources (one heavy air tanker and two single engine air tankers) needed to be called in to put out the blaze. Crews will continue to monitor for the next 48 hours but Craig Fire/Rescue Chief KC Hume warns the public that the area is still at risk of fire until snow covers the ground. Thankfully there was no injuries to humans or livestock. Neither were any structures reported as lost. 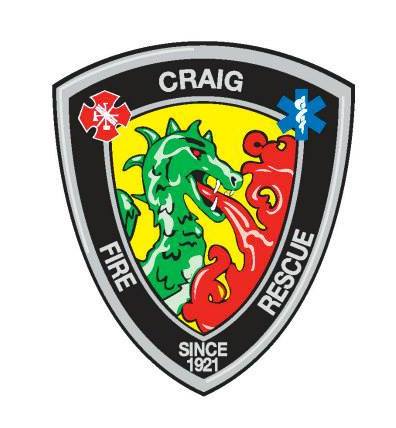