A young angler enjoyed more than just a good day of fishing in the High Uintas recently. 13-year-old Isaac Vance of Vernal accepted an invitation to go fishing up at Marsh Lake with his Grandpa and Uncle. “It was a long, bumpy ride in and really cold that day,” shares Isaac’s mom Cati Vance. “They even spent some of the time huddled under a bush to stay warm. Isaac fished all day long but didn’t catch anything. Finally he had a bite and landed it. He said he was pretty excited just to get a fish but was scared because he almost lost it trying to reel it in. When his Grandpa saw it and told him it might be a new record, Isaac’s and Grandpa’s hearts both started pounding! Especially when the fish almost flipped back in the water,” explains Cati. With his catch in hand, Isaac’s Grandpa and Uncle helped him measure it and they were all thrilled to discover that at 14-inches he had just caught the new Golden Trout Angling Catch and Keep record for the state of Utah, breaking the 1977 record. Isaac’s family knew Marsh Lake contained the current record for Catch and Release for Goldens but they didn’t know of the possibility to break the Catch and Keep record. The fish was brought to Uintah Packing Co. where it was officially weighed and then they were able to get the official recording with the Division of Wildlife Resources. Congratulations Isaac Vance on your exciting new record! 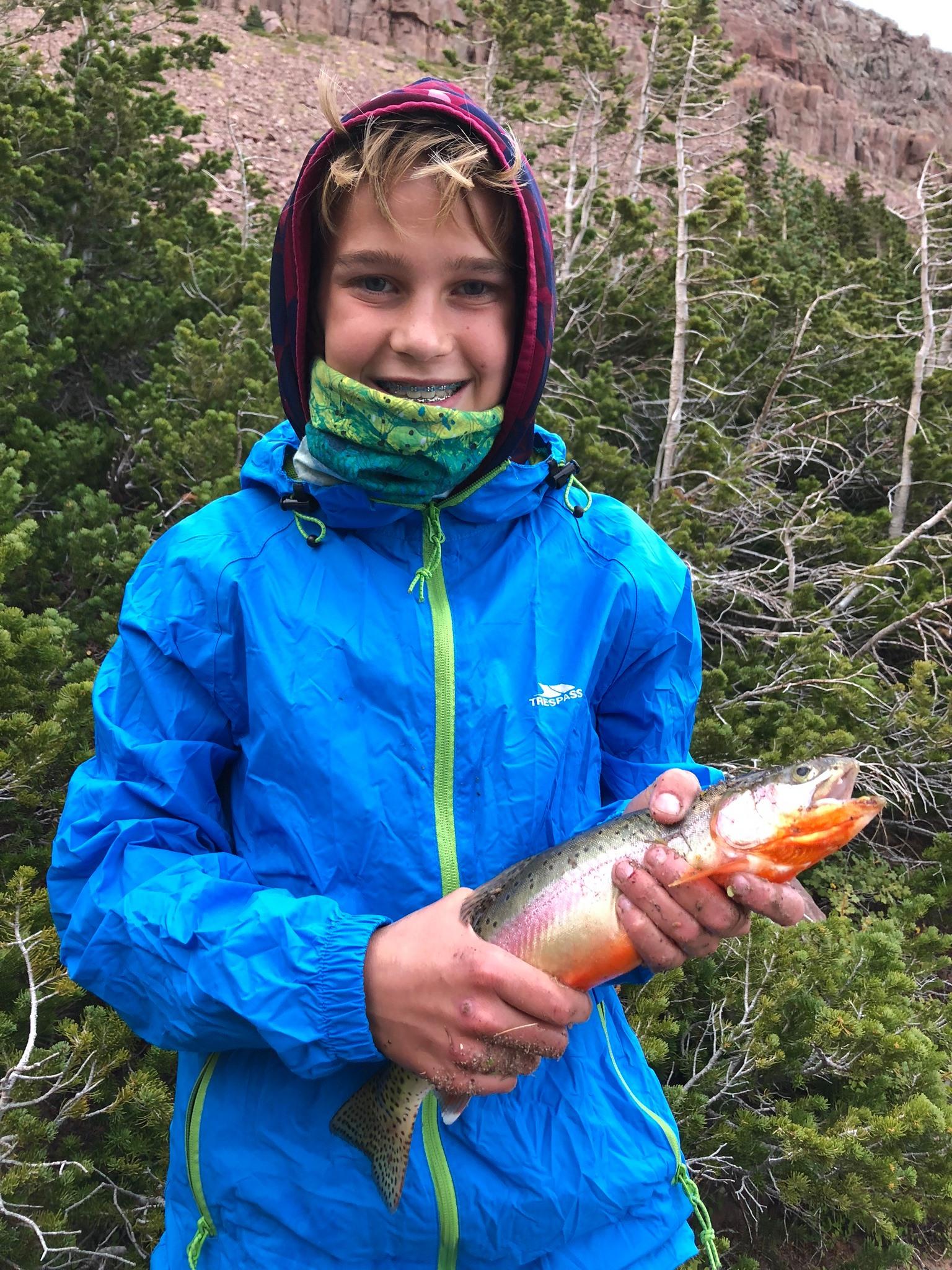