Uintah County and Vernal City continue to explore the options for a new agreement over future management and operation of the Vernal Regional Airport. The Uintah Transportation Special Service District drafted a letter to Uintah County and Vernal City last April requesting that they take back management and operation of the airport, stating that the request was “due to various conflicts that the district is facing such as budget constraints,” as well as citing the decline in mineral lease funding. In a press release issued on December 31st, the Uintah County Commission shared that the District’s request has been discussed in several public meetings since the letter was received. The Commission adopted a quarter-percent sales tax in September. The tax was created by state lawmakers to pay for transportation needs and is predicted to general $1.8 million dollars annually to be divided between Uintah County, Ballard, Naples, Vernal, and the BTA. “By state law, money generated by the quarter-percent sales tax can be used to pay for airport operations and management,” shares the Commission. “Additional information about future management and operation of the Vernal Regional Airport will be released as plans develop between the county and Vernal City.” Options being considered are management and operation by either the county, the city, or both government entities. 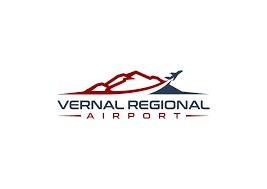