An update was provided on the proposed Uinta Basin Railway during the Vernal Chamber luncheon on Tuesday. The United States Surface Transportation Board announced last week that the EIS Final Scope of Study for the Uinta Basin Railway has been issued and that the Board has decided on three potential routes moving forward: Whitmore Park alternative, Indian Canyon alternative, and the Wells Draw alternative. During Tuesday’s presentation, Seven County Infrastructure Coalition Executive Director Mike McKee discussed how transportation has been an ongoing challenge for the Uintah Basin and that the prospect of rail would be a game changer. “We’ve always had this challenge that has never been solved, a challenge that has never gone away,” stated McKee, “but we are at the point where we can change that where now we can get somewhere.” McKee also emphasized that they understand that they have an aggressive timeline but that as of right now they are still on schedule. Pam Juliano of the project team spoke after Mr. McKee on the commercialization side of the project and the anticipated timeline. Juliano said their goal is to get the Basin’s waxy crude to the Gulf of Mexico to export at those markets and there are many shippers, producers, and industries interested in this unique crude oil. The design and construction of the project will be through Rio Grande Pacific Corp and it is anticipated the final design will be complete in the first quarter of 2020. They also anticipate during construction there will be around 1500 jobs created that could go up to as high as 2000. The construction timeline will depend on the route. If the long tunnel is needed it could take up to a 2 year timeline on its own. Tunneling, bridges, culverts, and heavy earthwork are anticipated to begin in 2021 with completion hopefully in 2022. It’s anticipated that once operational, the train could make up to 8 trips per day. For now, the EIS will evaluate the three routes as well as the No-Action alternative. The project team is hopeful that the Surface Transportation Board will make its final decision by December 2020. 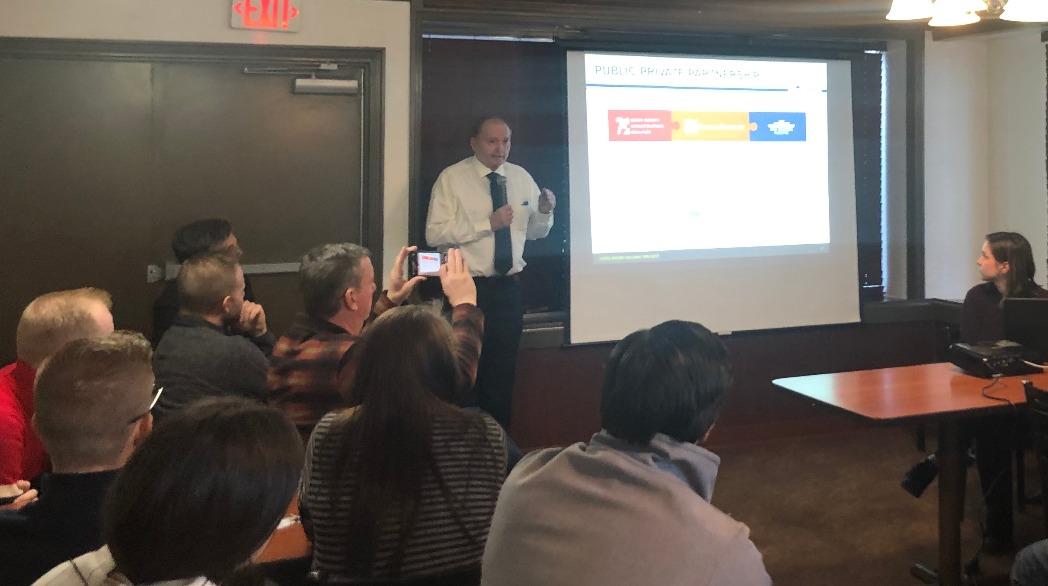