The U.S. Marshals are asking Utahns and beyond to keep watch for a pair of escapees wanted for murder in Arizona. On Monday, August 26th, 56-year-old Blane Barksdale and 59-year-old Susan Barksdale were in custody, being transported when they overpowered two security officers while in Blanding, Utah. The pair were being extradited from New York to Arizona where they are wanted in connection with the murder of a 72-year-old man that took place last April in Tuscon. The U.S. Marshals Service is offering a reward of up to $10,000 dollars per fugitive for information leading to their arrest. Blane Barksdale has multiple tattoos on his arms and hands. They were last seen driving a red GMC Sierra truck with license plate 127XTY with damage to the front passenger side and rear bumper. They are believed to be armed and dangerous. Anyone with information on the Barksdales can call 88-Crime or 9-1-1. 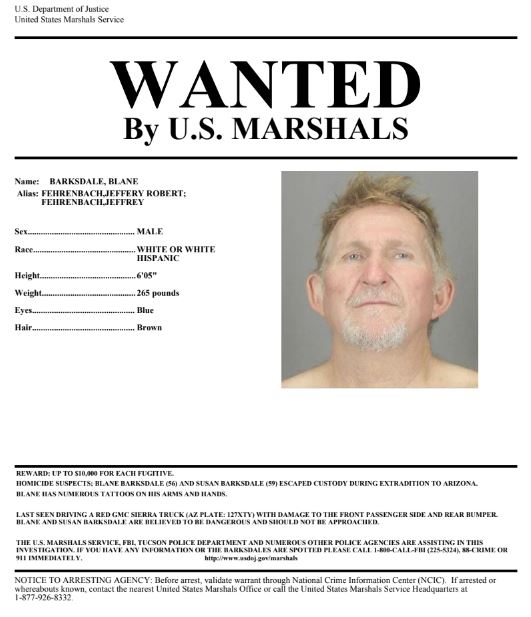 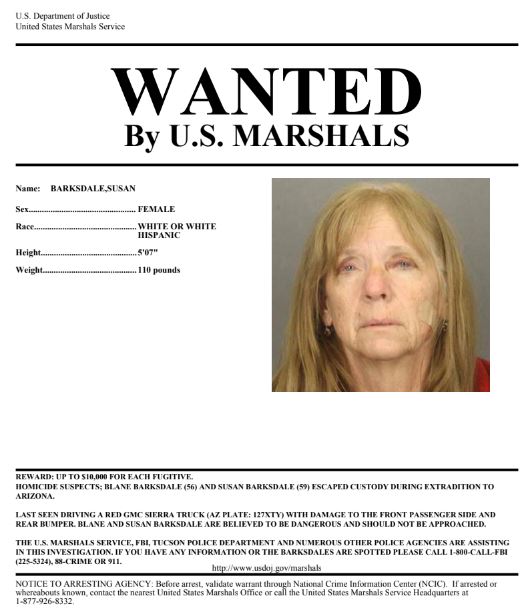