Bambinatum est Maggitum, or
“Children are Maggots,” reads the school motto of Crunchem Hall Primary School,
where precocious Matilda Wormwood will soon begin school. The soul-crushing
environment therein is reminiscent of other child-hating tales of my youth,
from the movies Annie and A Little Princess to the classic Hansel and Gretel. The skin-crawlingly
vile headmistress, Mrs. Trunchbull, makes Matilda her special target of abuse,
calling her “the axis of evil, the nexus of necrosis.” It is all a little
shocking in this day of helicopter parenting and anxiety-based parenting books.
Are such stories still allowed? Would such a thing ever be published for this
generation? It all comes in delightful contrast with the opening number
“Miracle” wherein students and their parents marvel at the brilliance and
talents of each precious child.

Above average is average—go figure,

Is it some modern miracle of calculus,

That such frequent miracles don’t render each one
un-miraculous

Perhaps we have not
changed so much.

Forced to attend
this bleak school, spunky Matilda (Ava Haslem) demonstrates the grit we all
hope to instill in our 21-century snowflake children. Tiny and mighty, with a
practiced glare of defiance, Haslem seems made-to-order for this role. Her
parents are not of our day, and will
surely never come to her defense. It is up to Matilda herself to rewrite her
story, and “put it right.”

Mr. and Mrs.
Wormwood make the Dursleys appear kindly. Were their neglect and vitriol toward
their daughter Matilda any less extreme, the play would fail to be as comedic
and lighthearted as it truly is. Andrew Bentley as Mr. Wormwood again nails the
dad role, this time as an unscrupulous used-car salesman. His intermission
performance of “All I Know” has him interacting with the audience so as to
reveal what a character Bentley is himself. Andrea Wardle flawlessly portrays
the eccentricities of Mrs. Wormwood with a cockney accent and an obsession with
ballroom dancing that impedes any interest in her family. The only love in the
Wormwood home is Bentley and Wardle’s rapture for their hateful characters.

Miss Trunchbull
(Claire Owens) takes the Wormwoods’ contemptibility to the next level. The
beefy former Olympic hammer-thrower now throws around her weight, and in one
case, one of the students. Her push to stamp out “the smell of rebellion” is
palpable every moment she is onstage. Owens perfectly meets the intensity and
volatility of the character. I felt very relieved to be in the audience. Poor
Miss Honey (Megan Pearson), Matilda’s teacher, could do little more than cower
in Miss Trunchbull’s presence. In the moments that Honey escapes Trunchbull’s
melting glare, we are able to enjoy the impressively clear, sweet vocals that
Pearson brings to the role.

Other supporting
characters lift the show to a degree that requires recognition. Mrs. Wormwood’s
exuberant dancing partner Rudolpho (Daniel Jackson) sends the audience to their
knees each time he prances across the stage in sequins and spandex. Danicia
Christensen brings charm and enthusiasm to her role as the kooky librarian Mrs.
Phelps. Jera Haslem as The Acrobat performs Cirque du Soleil-style stunts high
above the stage, something I never expected to see in a community theater.
Allen Steckler brings resonant vocals as both doctor and escapologist. Sam
Sorenson as Bruce stands out amongst Matilda’s classmates not only for his
burping skills, but also for his boyish cheekiness.

The children of
Crunchem Hall Primary School who form the ensemble rehearsed weeks longer than
the rest of the cast, taking advantage of the longer lead time inherent in the
first show of the season. As Wardle says, “Every time these kids get up on the
stage, even now, it just makes me tear up because they are so wonderful. Some
of these kids, this is their first show—and they act as though they’ve been
doing this forever.”

Matilda’s set is unusually
vertical, in more ways than one. The stage itself is laid out on three levels,
with a backdrop of haphazard library bookshelves that draw the eye upward.
Several sequences in the show require actors to perform acrobatics on aerial
ribbons hung from the ceiling. In the final scenes, enormously long rope swings
replace the aerial ribbons for a coordinated swinging routine performed by the
children, which sees the young actors soaring out over the front of the
audience. The set and its attendant challenges are a credit to the design crew
(Jay Haslem, Daniel Jackson, and Allen Steckler), as well as choreographer
Robin McClellan. Vernal Theatre: Live was pleased to recruit the highly
decorated former Uintah Drill Team coach. Bentley states, simply “Robin was
what sold me on [doing] the show.”

Matilda is full of characters
that I will not soon forget. The outlandish personas of Miss Trunchbull, Mr.
and Mrs. Wormwood, and most especially Rudolpho, owe much to their  costume design. Trunchbull’s leather-accented
feat of stuffing, created by Owens herself, is both artistic piece and
engineering marvel. Trisha Sorenson masterminded the other costumes. Mr. Wormwood’s
bizarre macro-plaid print suit and Mrs. Wormwood’s eye-watering explosion of
tassels and ruffles deserve a standing ovation of their own. When Matilda
brings us into her imagination, much rides on the authentic exhibition of the
escapologist and acrobat, who are presented as old-timey circus performers
despite the set itself changing very little. No detail was forgotten, right
down to the pin curls.

Vernal theater-goers
will discover a rare opportunity in Matilda.
The show has only recently been released for performances by community
theatres, after years on Broadway and London. It seems as though patrons have
recognized the occasion, as the show has already sold out. Stand-by lines may
have tickets to sell to a lucky few (no guarantees), starting at 6:30 on
September 19th, 20th, and 21st. If you’ve missed Matilda, plan ahead for the
rest of what is sure to be a thrilling fourth season for Vernal Theatre: Live! 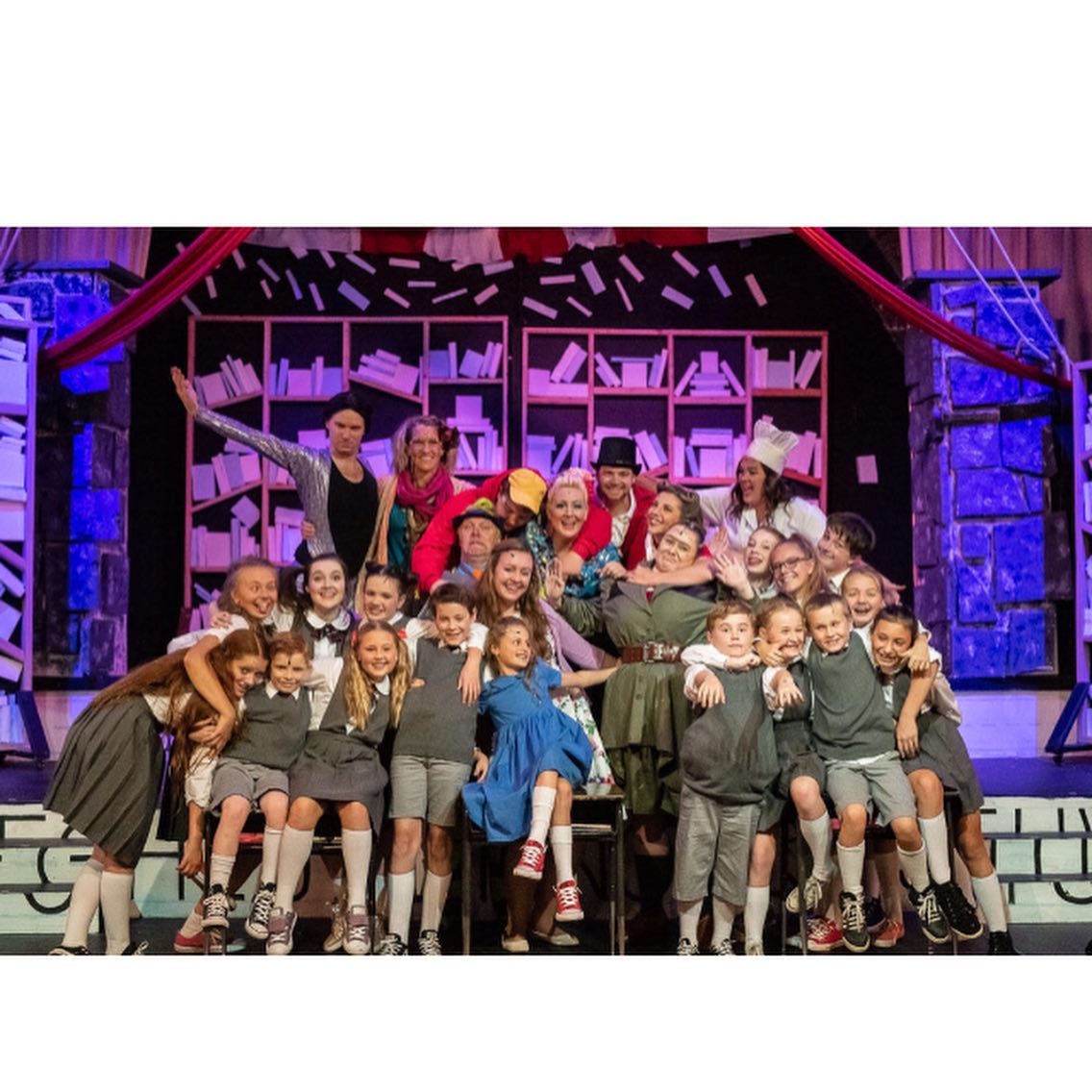 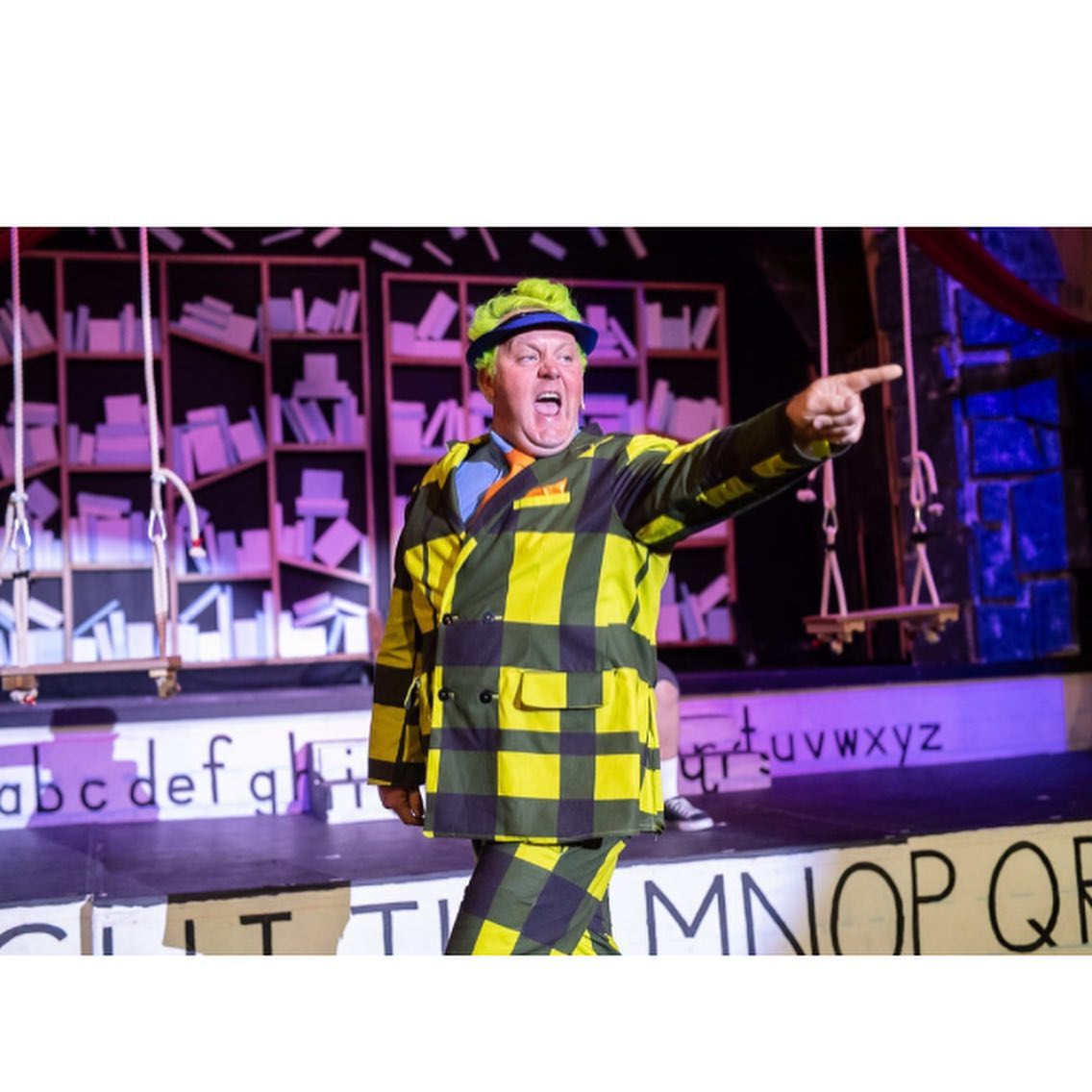 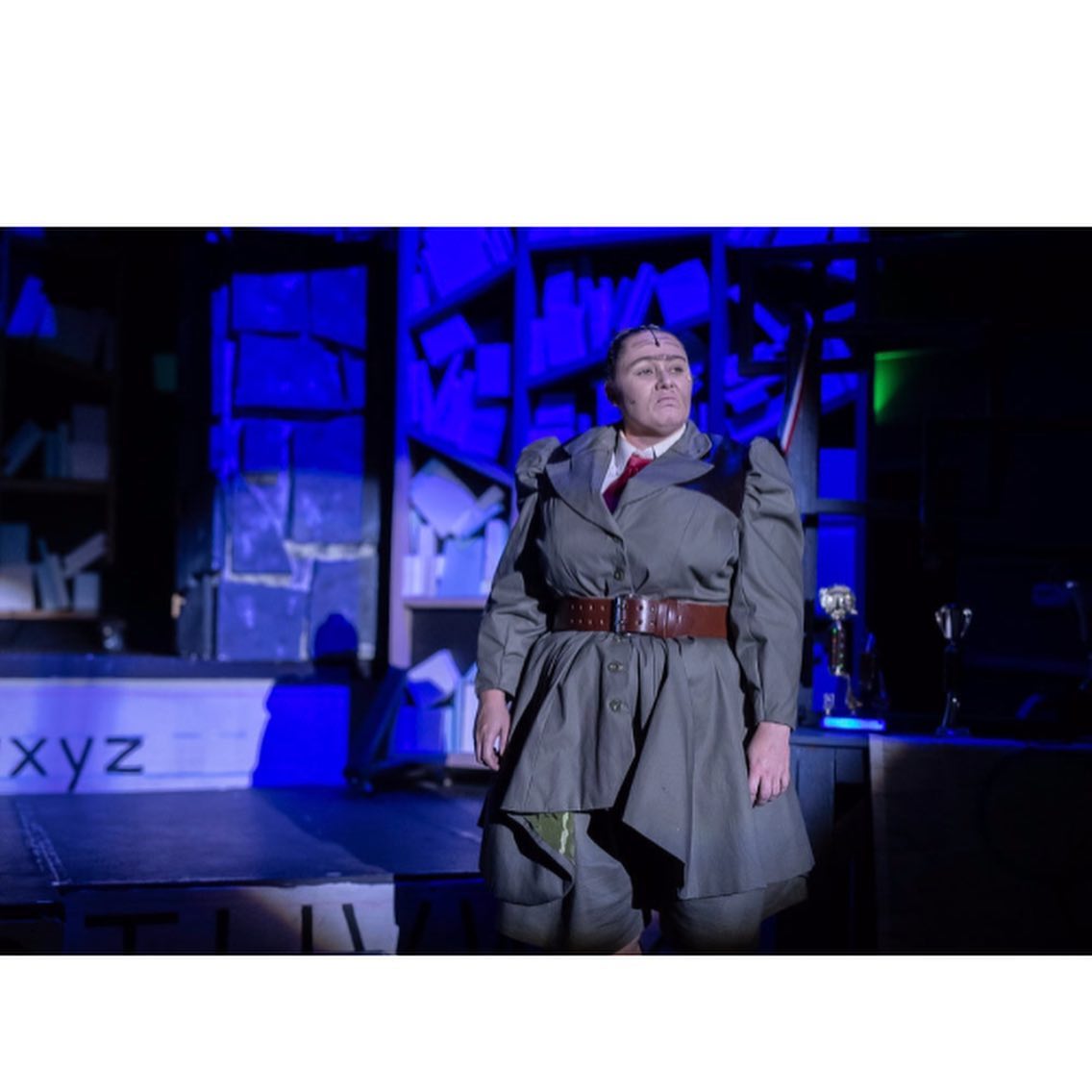 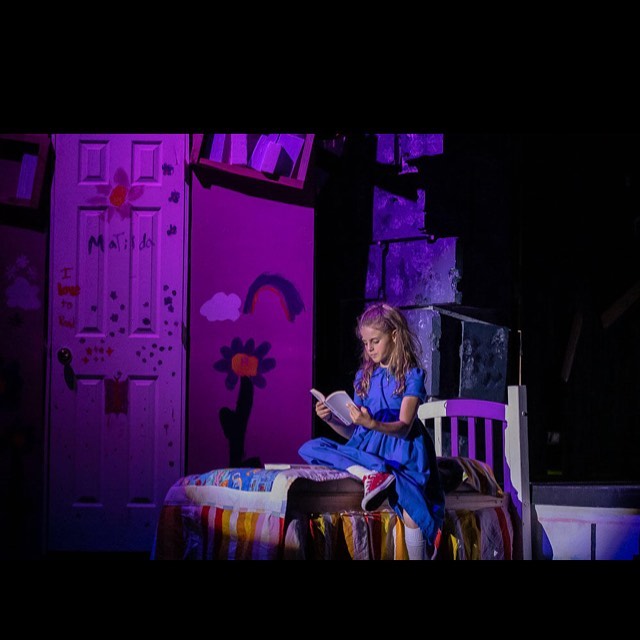 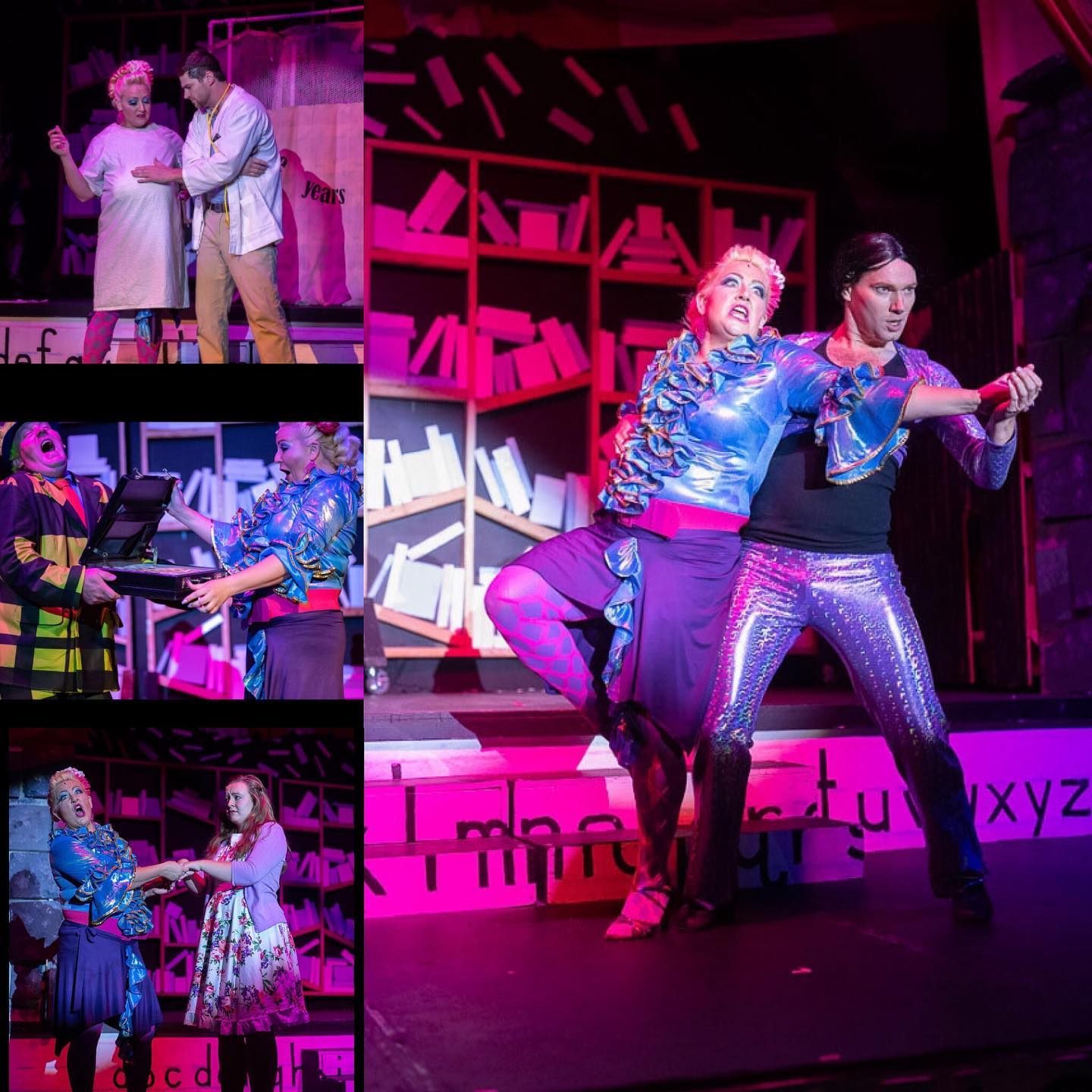 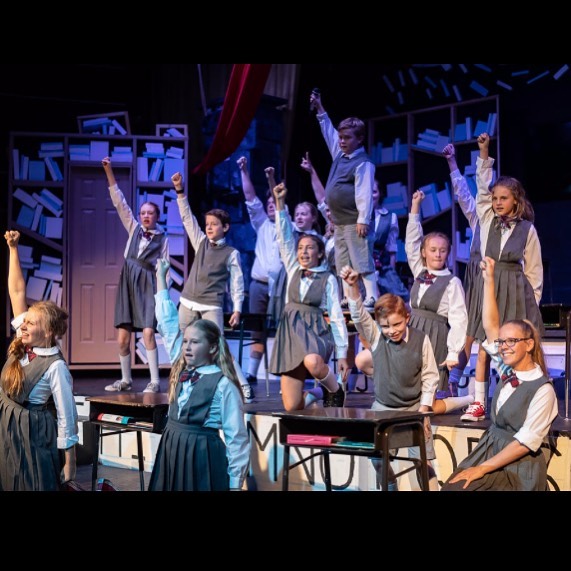 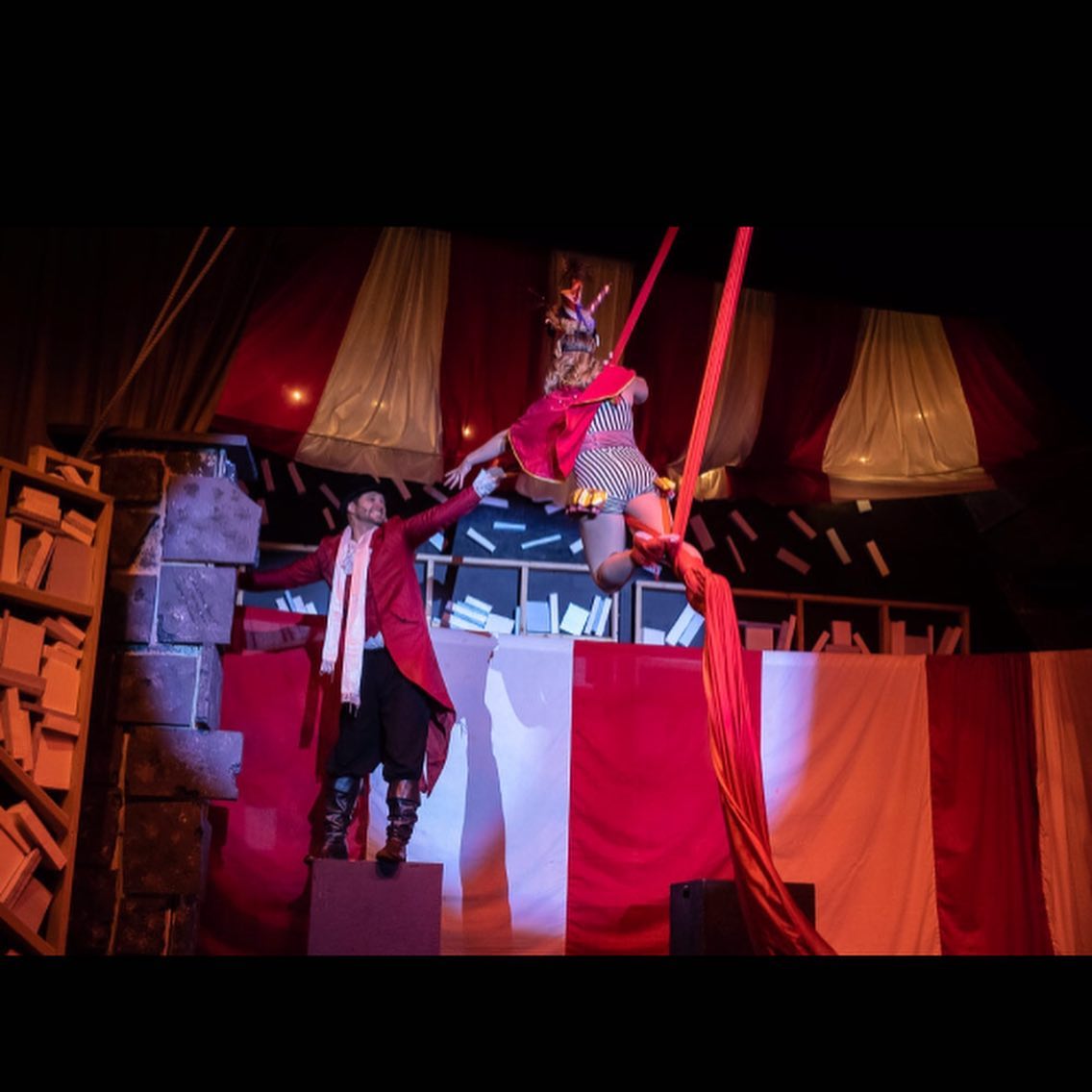