13-year-old Emma raved that the casting was just perfect, especially Devin Reynolds as Buddy and Abigail Spainhower as Jovie. She also emphasized that she was impressed by the vocals, giving special praise for Sydnie Hanberg as Emily Hobbs. 12-year-old Ryanna was excited to see the show and the performance clearly did not disappoint as she was enthralled from beginning to end. As a seasoned Tavaci performer and man of the stage, 10-year-old Riley had the most to say about the show. At intermission he offered his detailed analysis. “The costumes are so, so good,” shared Riley. “Buddy’s costume is the best but they are all well done and the perfect colors.” When asked what he thought of the show as a whole he gave a clear endorsement. “I love it because there are multiple things going on and IT’S FUNNY!” To a 10-year-old boy there may not be a better combination, even for those not always enthused about attending a high school musical.

7-year-old Kai had less to say but sometimes actions speak louder than words. The show starts with Santa lounging in the North Pole in a very cozy setting. I gave Kai a little nudge and tried to share an excited moment with him about the presence of SANTA (“I know him!”) but my efforts were met with a short shush and disapproving sideways glance as he was one million percent already invested in the show and wished to be left to the experience. Miraculously for him, Kai remained enthralled the entire show which culminated in pure joy as we got “snowed” on towards the end.  As a side note: get your tickets in the fourth row very middle seats if you’d like to be in the epicenter of the “snowstorm.” He loved every moment and gave the cast the most sincere standing ovation I’ve ever witnessed.

The kids endorsements likely mean a lot more than my opinion but I do have a few things to add. First, I was blown away by the set, special effects, lighting, projections and scene transitions. Some folks might think this level of professionalism is normal for high school productions but that is likely because they are used to what Director Christopher Piner and his massive team of professionals put out show after show, year after year. There is no way I could list all the people that contribute but I counted over 50 people in the program under the Creative Team. Think of that! In addition to the countless hours put in by the cast, a team of over 50 people behind the scenes are putting in often that many hours and in some cases even more. Well done everyone!

There is a cast of 70 roles in this production with many actors playing more than one role in the ensembles. I have to agree with Emma that this show was well cast. Devin Reynolds as Buddy was the obvious stand-out for me. The role requires a level of energy and pure child-like joy I doubt many even seasoned actors could flawlessly sell. Devin doesn’t just get there, he has me convinced he lives there. In fact, I’m just going to say it. Devin Reynolds is an elf. That’s the only thing that makes sense. The fact that he sings well tells me he’ll enjoy many years on the stage bringing joy to audiences. Great job Devin!

I know it isn’t fair that I can’t highlight each actor (even though they each deserve it) but I will have to leave it with just a few more brief thoughts. For starters, I need to see Dane Smith without the beard and Santa gear to believe that he is in fact a high school student. Costume, makeup, his voice, and portrayal came together as not only believable but like a real bonafide Father Christmas! I couldn’t choose a favorite ensemble. For me it is between the North Pole Elves and the Fake Santas. Both were especially captivating for me during their song and dance numbers but in entirely different ways. The ‘Nobody Cares About Santa’ number was my favorite song for choreography and laughs but that’s not to say it was lacking elsewhere. I thought the choreography and humor delivered throughout the entire production.

Go be part of the Christmas magic for tonight, tomorrow, and/or Saturday’s performances. Visit www.uintah.net for ticket information.

Uintah Theatre presents Elf The Musical, book by Thomas Meehan and Bob Martin and music by Matthew Skylar. Based upon the New Line Cinema film Elf starring Will Farrell.

Tickets on www.uintah.net or at the box office before the show 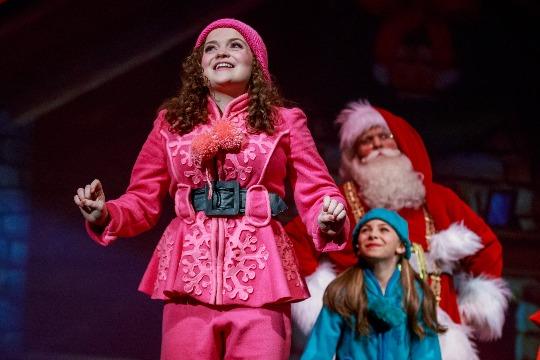 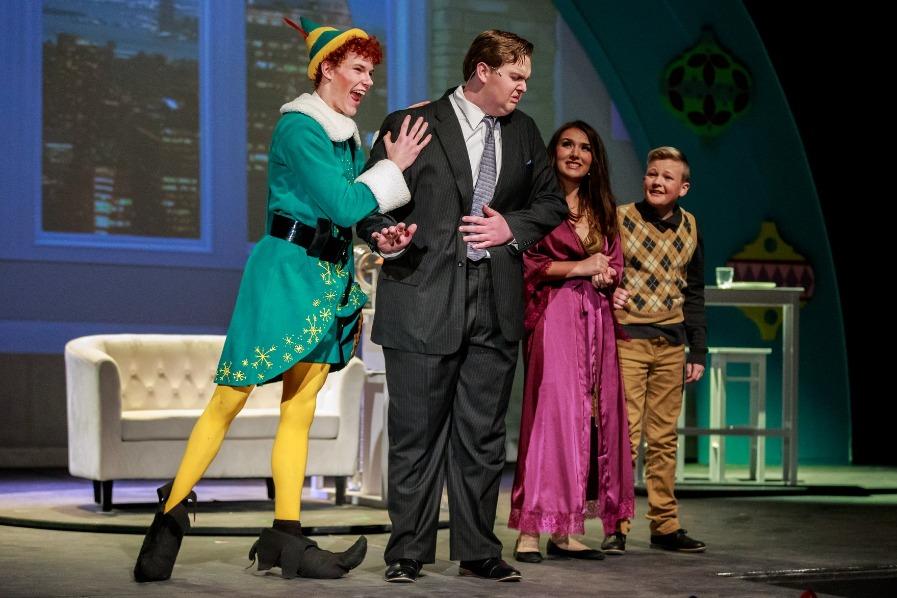 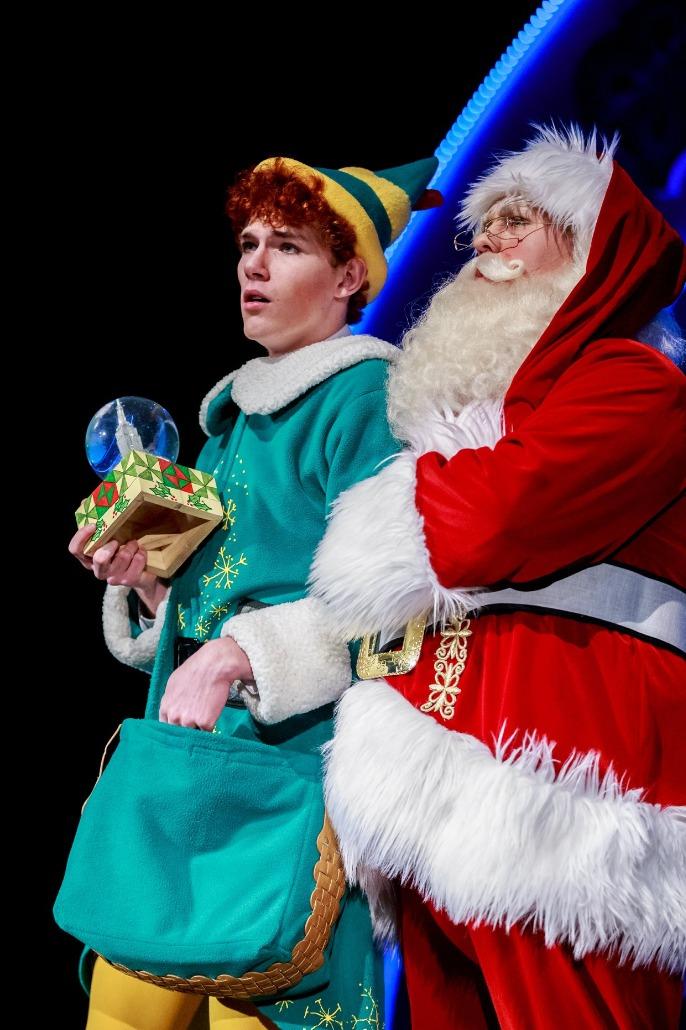 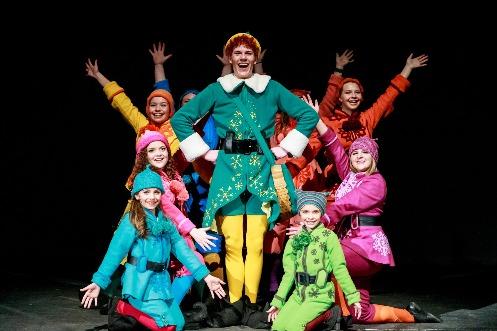