The warnings and dangerous conditions were not enough to deter some adventurers in southern Wyoming over the weekend who are now especially grateful for a new specialized piece of equipment recently acquired by the  Sweetwater County Sheriff’s Office. On the evening of November 29th, Sweetwater County Sheriff’s deputies responded to a report of four vehicles stranded on top of White Mountain in blizzard conditions. Wind speeds were estimated at 60 to 70 miles per hour with gusts as high as 80 miles per hour. To make matters worse, two of the vehicles were actually off the roadway near the edge of the mountain and the winds were causing the vehicles to slide down the mountain. The only and best option available to the search and rescue crew was to deploy the use of the new specialized all-terrain vehicle, a Hagglunds M937A1 SUSV. They cut their own trail with the tracked vehicle as the road was impassable with snowdrifts. Winds limited visibility forcing the search and rescue crew to rely on real-time GPS mapping technology. Amazingly, all four stranded vehicles were located and rescuers returned a total of 12 people down the mountain to safety by around 1:15am. The sheriff’s office acquired the special vehicle in August. It was originally developed for the Swedish military and has a load capacity of over 2 tons and can seat 17 passengers. It can climb slopes 60 percent or steeper, and is also fully amphibious. 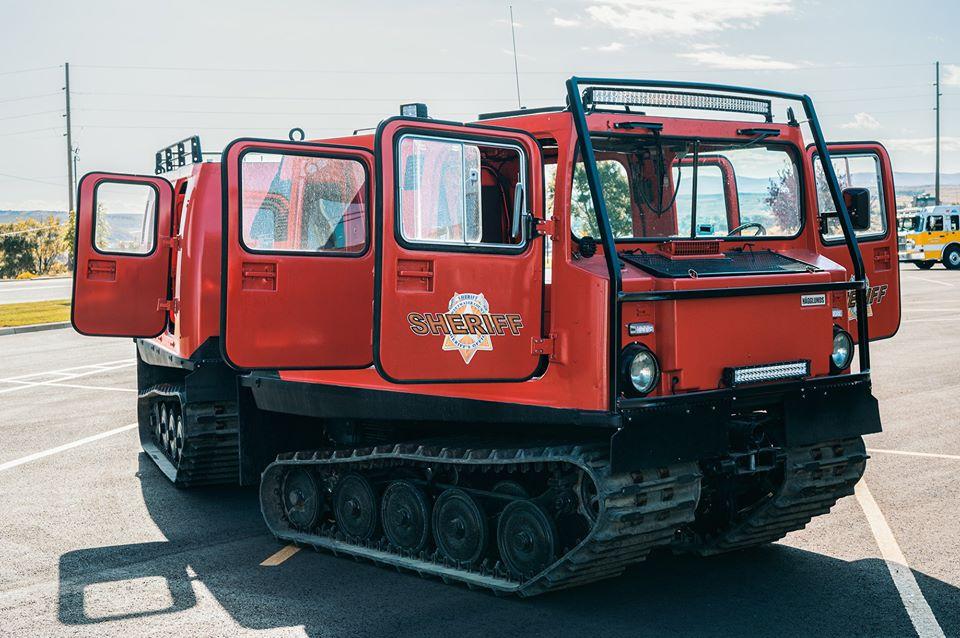