Thankfully there were no serious injuries after a single-vehicle crash caught fire on Wednesday afternoon, though the accident did result in arrest. According to the Uintah County Sheriff’s Office, deputies responded to a crash in front of Maeser Elementary School shortly after 3:40pm on August 21st. “The driver of a white Dodge Stratus struck a utility pole along 1000 North, causing the car to catch fire,” shares the Sheriff’s Office. “The driver and her two young children were able to get out of the car.” The fire department also responded and the fire was quickly put out. Emergency medical personnel checked the driver and the children at the scene and no one needed transported to the hospital. “Deputies arrested the driver, 26-year-old Irene DeHerrera, for investigation of DUI and booked her into the Uintah County Jail,” shares the Sheriff’s Office. “Her children were released to a family member.” 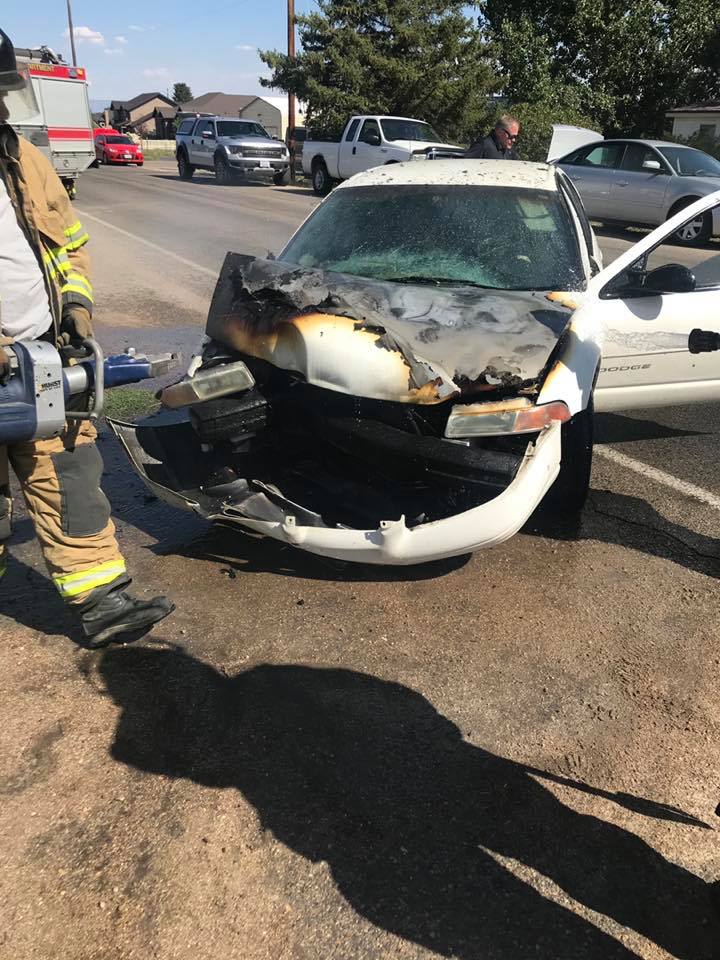