Matilda, the beloved children’s novel by Roald Dahl, is the perfect blend of magic and mischief that attracted fans in 1988 when it was published, in 1996 when it became a feature film, and in 2010 when it was released as a musical for the stage. Opening this week on the Vernal Theatre Live stage, ‘Matilda the Musical’ will without a doubt keep the fandom growing as the theatre’s Season 4 Opener. “We have a lot of surprises in store for our audiences,” shares Matilda director Jay Haslem. “Those who are familiar with the story of Matilda, knows that there is a fair amount of magic involved in the show. We have managed to bring that to the stage at Vernal Theatre. You will not believe your eyes with some of the things we have been doing down at the Theatre. The Acrobat and the Escapologist in particular will leave you breathless.” Vernal Theatre reports that as of September 7th, seats for the six show run of ‘Matilda the Musical’ are 65% sold out. To be among the lucky ones to see this show, get your tickets right away at www.vernaltheatre.com. 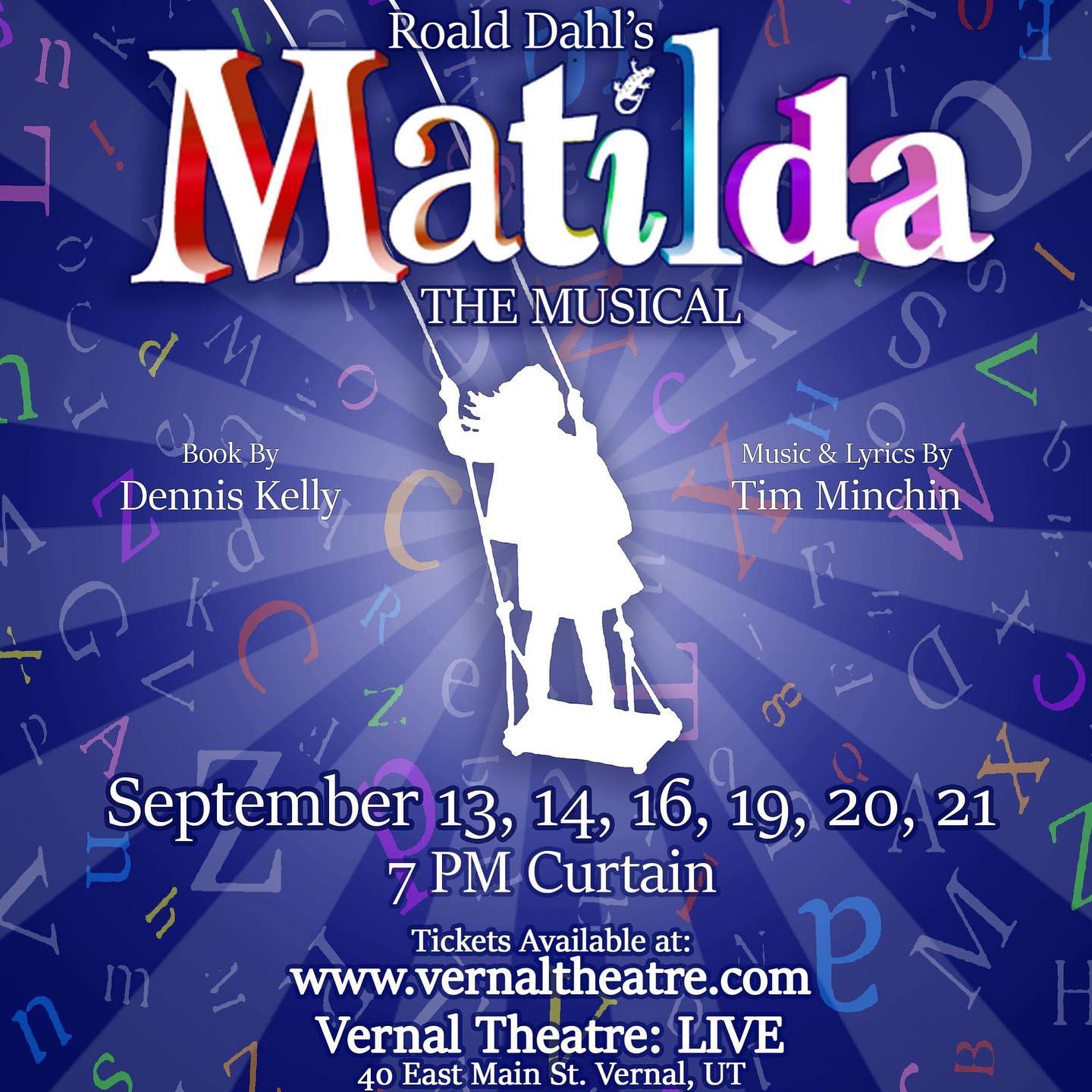