Let's talk for a minute about pruning fruit trees . . . 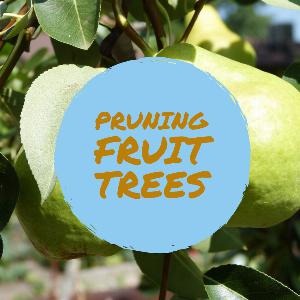 get a lot of suckers, you can either remove them by hand, or they can be sprayed with a product called Sucker Stopper, which causes the sprouts to die back to the branch. Sucker stopper also controls suckers that spring up from the base of any tree without harming the parent plant.