The success of a local cowboy continues ahead of the Wrangler National Finals Rodeo in December. PRCA Pro Rodeo chose to feature Josh Frost again after winning the bull riding average at the RAM Wilderness Circuit Finals Rodeo in Heber City over the weekend. “I’ve just been getting on practice bulls, roping quite a bit and going to jackpots, and riding horses a lot (since the end of the regular season),” Frost shared with PRCA Pro Rodeo. “It felt really good to make three back-to-back rides like that and get the win.” Frost led the way after Round 2 but did not spend the following day resting for the final go, shares Pro Rodeo. Instead, he left to compete in an unsanctioned tie-down roping event and then another rodeo’s steer wrestling event before traveling back to Heber City where he competed in the tie-down roping and finished in time to be the final bull rider to close out the rodeo. “It was a tough finals and all three of the guys behind me in the average rode their bulls so I knew I had to ride to win,” said Frost. “The pressure was good for me. It was one of the best bull ridings I think we’ve had at the Circuit Finals.” Frost earned $6,530 in Heber City which included the second go round victory. With a weekend like that and having been named the 2019 Linderman Award winner this fall, Josh Frost is making a name for himself and is one to watch for in the National Finals Rodeo next month. 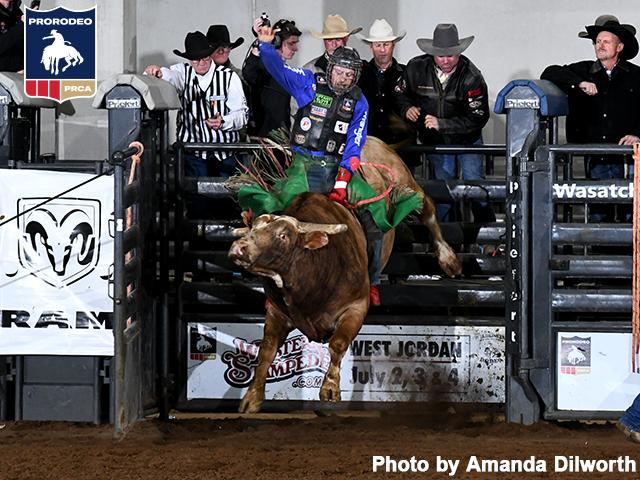