It was an incredible official opening weekend for the Hotel Vernal Haunt and the group already has something to celebrate thanks to a special guest at Friday’s haunt. Chris McCormick, President of the Utah State Chamber of Commerce, traveled all the way from Cedar City to present the Hotel Vernal Haunt organizers and volunteers with the ‘Best Community Partnership Award’ from the State Chamber. The award is voted on by the Chambers of Commerce throughout the state and it was agreed that Vernal has created something amazing with the haunt. “The idea of taking a historic hotel and converting it into something that can serve as an attraction for your community embodies the true spirit…of entrepreneurism,” shared McCormick. “So you guys have taken something that is not really being used or functional and created something that brings people together, not only as a community but from outside the area, so that’s huge.” Mr. McCormick presented the award to the 90-plus volunteers whose cheers could be heard by those in the growing line outside eagerly awaiting their turn to be terrified. Opening night had 492 visitors go through the Haunt and that doesn’t count those who took on the Escape Room, which was booked all night. Learn more and buy tickets at www.hotelvernalhaunt.com. 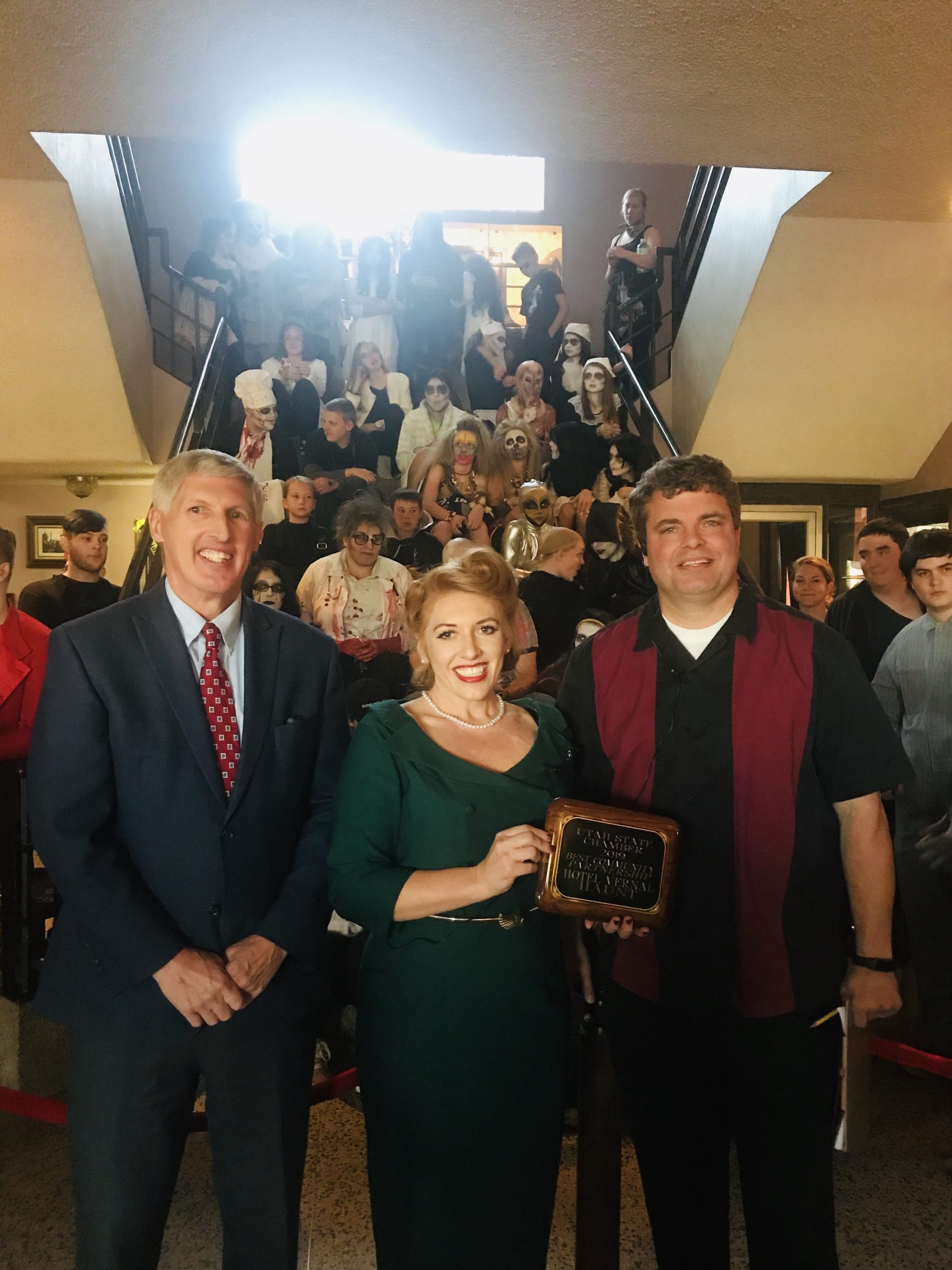