Horses Quarantined in Uintah County by Department of Agriculture and Food

The Utah Department of Agriculture and Food announced Wednesday morning that three cases of equine Vesicular Stomatitis Virus (VSV) have been identified and quarantined across the state with Uintah County having the most cases. According to the August 21st press release, there is one case in Emery County and  two confirmed and quarantined cases in Uintah County as well as 4 additional premises quarantined and under investigation in Uintah County. Vesicular stomatitis is a viral disease that primarily affects horses and cattle and occasionally other livestock. Humans can also become infected when handling affected animals but that is very rare. Excessive salivation is the first sign of the virus and blister-like lesions or sores on the inner surfaces of the lips, gums, and tongue are observed next. The blisters swell and break causing a reluctance to eat or drink and causing weight loss and lameness in the animal. Now that Utah is confirmed as an infected state, Veterinarians and livestock owners must watch for animals displaying symptoms. If the virus is suspected, the State Veterinarian should be contacted immediately at 801-538-7162. Official diagnosis of the disease requires testing of samples at a state approved facility. 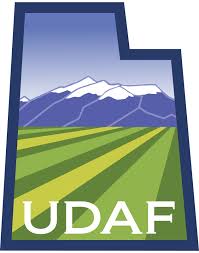