“The state of Utah does not have a money problem. It has a distribution problem.” That point was made more than once by Representative Francis Gibson who presented on Utah’s tax reform at the Vernal Chamber of Commerce luncheon held on Tuesday at the Uintah Conference Center. Gibson is a co-chairman on the Tax Restructuring and Equalization Task Force and his presentation on Tuesday broke down the latest numbers in the proposal that will offer a $160 million dollar net tax decrease for Utahns. Gibson explained in detail the line items of tax increases equalling $480 million dollars and the tax decreases equalling $640 million dollars. When it was time for questions, no time was wasted in asking how the current proposed tax reform would affect the oil and gas industry in the Uintah Basin. Representative Gibson made it clear that he does not believe the bill will negatively affect the oil and gas industry. “We have done our best to eliminate all forms of tax pyramiding,” shared Gibson. Lately, however, there has been discussion about a sales tax on installation when a product is installed by the same entity it was purchased from. While it pales in comparison to the panic from last spring brought on by the possibility of a tax on services, the possibility of an installation tax still left some uncomfortable and asking about the impact to the energy industry. Gibson indicated that he does not believe there is a cause for concern. “As of today,” he explained, “we are still working to eliminate some of that installation tax with oil and gas so, in my opinion, oil and gas in your industry under this bill will not be affected.” 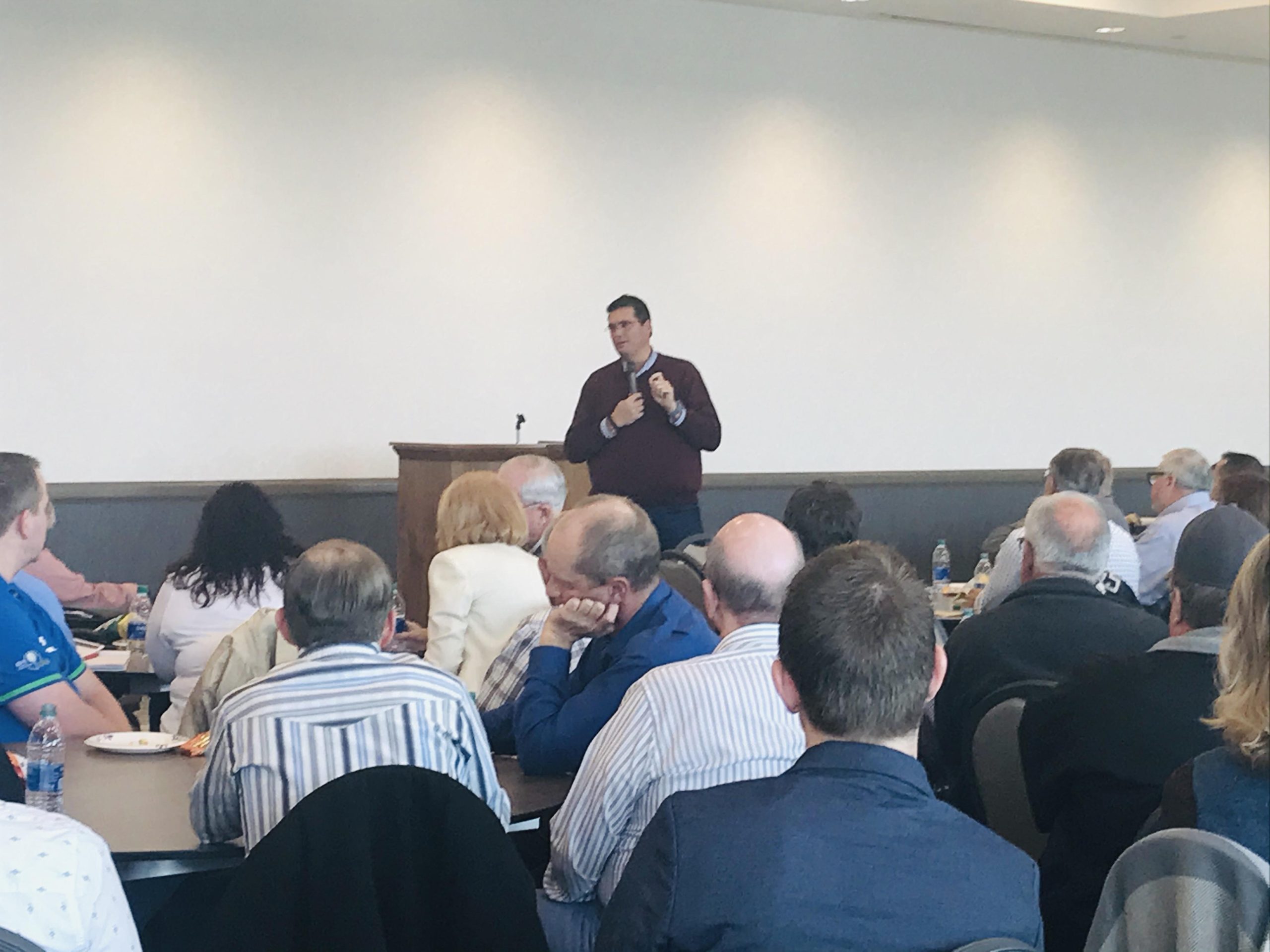